Looking Ahead, and Why the Law Doesn’t

Unlike almost everything else in the world, the legal system is not designed to pull the forces of humanity forward to a great new day.  Our Civil Legal System exists to redress wrongs and put things back to the status quo as best as possible using money, or what the system calls damages.  In a breach of contract case, a business wins the money it would‘ve received if a breach had not occurred.  In a car wreck, a Plaintiff is given an award to compensate her for her injuries.  The Law does not look to be more efficient, accomplish more in the future, or hire more people.  The system is supposed to be predictable and consistent.  That’s the point. 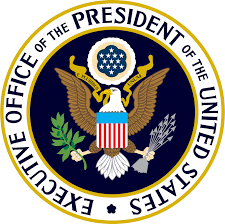 The next two Saturdays, South Carolinians will vote in the presidential primaries.  Every four years it is both exciting to be in the middle of it all, and monotonous to have to put up with candidates at breakfast, the closing of streets, and the deluge of TV ads.   Spend five minutes watching TV while eating your breakfast and one can be made to believe we’re at the dawning of a new day in America and then immediately like the four horsemen of the Apocalypse are riding roughshod over the earth.  (It is even worse when the same candidate produces both ads).  It makes you yearn for the certainty and knowledge of who is going to win, so you can quit worrying about it.   My friends who manage money worry about things near and far.  Some of those things seem so esoteric and abstract (Malta defaults on a bond, German Banks rolling over loans, Chinese commodity purchasing).   They worry about them, have no control over them, then try to extrapolate that and advise their clients on investing their money in the US.  That’s a tough job.    In their world these candidates have knowns and unknowns as to how they are likely to affect the economy and the markets.  Everybody knows exactly what Bush will do.  Same with Clinton or Rubio, yes it will be different around the margins but you know who their supporters are, and past is prologue, and all that.   Mr. Trump mystifies them, but they are reasonably certain the sun will still set in the west.  And then there’s Sanders…    As a lawyer it is comforting to advise clients that their cases will not change regardless of who gets elected President, which countries devalue their currencies, or which Middle Eastern country blows up in a civil war.  A thousand years of common law and hundreds of years of statutes will not be undone by an election.  Can the law change?  Of course it does.  But it changes incrementally, deliberately and through process, and even then only prospectively.

If it is possible to give less than zero tax advice in this blog post I have done so (or not done so, whichever one is right), nothing above shall be construed to say that tax laws cannot change. They will change; that is a 100% certainty, they change every year.  The point of this is to say that our basic way of settling disputes and the underlying laws do not implode overnight, and regardless of who gets elected our laws and institutions are static and intentionally inert.  Everybody settle down.