Nothing Good Ever Comes by Certified Mail

We’re back in the office and the kids are mercifully back at school.

You’ve set New Year’s resolutions and so far you have exercised twice, not eaten dessert once, and best of all:  your college went to the National Championship!

When you get home one afternoon there is a green card in the mailbox telling you that you have something to pick up at the post office.  This is exciting.  Someone is sending you a late Christmas gift you think.  You drive over to the post office where the clerk hands you a flat manila envelope with a law firm’s name in the corner.  UH OH.  Instead of a present you have a Summons and Complaint…in other words, you have been sued. 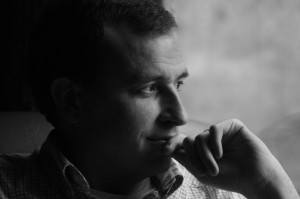 For a lot of people this happened recently.  Most firms do not serve papers the weeks before Christmas if they can help it.  So all that New Year’s hope, optimism, and good intention you put together gets sucked away before it ever gets used.   So if this happened to you there are several things you should do.

For the most part, you know if you did something and are about to get sued (didn’t pay a bill, t-boned someone in an intersection), so if it seems like something fell from outer space chances are there are a lot of reasons this may not be as bad as it seems at first glance.  If it is the result of an old business dispute, well there are reasons there was a dispute and you likely have some good defenses your lawyer can help you with.  If it is claim on something you sold or did to someone, your homeowner’s might cover it.  If it is an old debt, the statute of limitations may mean you don’t owe it anymore.

Two weeks later the shock has worn off.  You understand what is being sought in the suit, what your role in it is, and what defenses and coverages you have to help and protect you.  While you may not be sleeping as well you were, you now don’t picture losing everything and having to move in with your in-laws.  You and your lawyer have a plan. And if you learned one thing it is:  Nothing good ever comes by Certified Mail.